Things To Think About Before Copyrighting Your Movie or Short Film 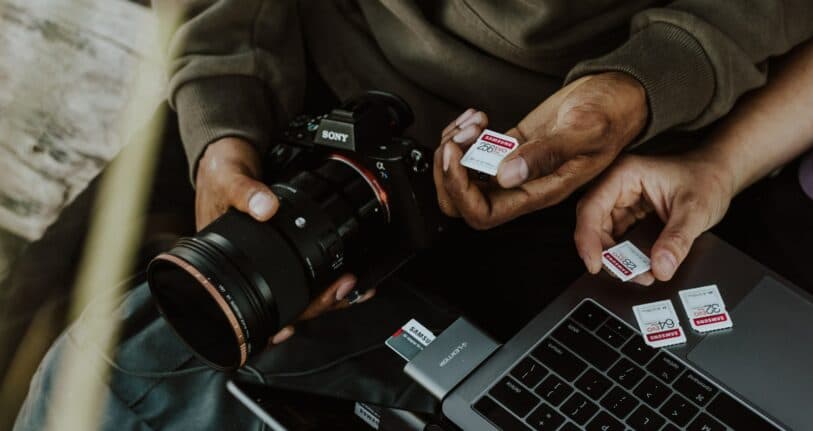 After putting countless hours into making your film project, you want to ensure that your hard work is not copied or misused by others. However, given that films comprise various materials such as images, sounds, and scripts, it can be difficult to know who owns the copyright to your film and its materials. Because of this, you may have wondered how to trade mark a film series. To help you understand the process of copyrighting a film, this article outlines:

A common type of intellectual property is copyright. Copyright prevents others from copying your original works without your permission. Therefore, copyright can protect ‘cinematographic films’, including the visual images and soundtracks that make up a film. Copyright can also protect the script and storyboard of a film. However, copyright cannot protect the idea of a film itself and only protects ideas once they take on a material form.

Generally, the copyright owner in a film is the maker or producer of the film. However, commissioned films or films funded by other parties can change copyright ownership.

It is important to note that copyright ownership is separate from ownership of the physical item. For example, the fact that you own a digital copy of your film does not mean that you own the film’s copyright.

Knowing who owns the copyright to a film is essential to determining whether you have the exclusive rights to use and make copies of the film. The table below summarises different types of copyright ownership.

Using Copyrighted Material In Your Film

Since films usually comprise different materials such as images, sounds and scripts, copyright may protect these materials individually. Before you use copyrighted work in a film, you must get permission from the copyright owner. This will ensure that:

Having a clear ‘chain of title’ means that you can prove that you have received permission to use copyrighted works used in your film. This is vital, as obtaining finances and seeking to distribute a film usually requires a contractual promise on your behalf that your film has a clear chain of title.

When Do I Need To Ask For Copyright Permission?

Generally, you need permission to use the following copyrighted work in your film:

However, you do not need permission for materials with expired copyrights. Under Australian copyright law, copyright generally protects sound recordings and cinematograph films for 70 years from the year the materials were made public.

Copyright is a useful way of preventing your film from being copied or misused by others without your permission. In Australia, a film does not require copyright registration and is automatically protected as soon as it comes into existence. While the producer of a film is usually considered the film’s copyright owner, copyright ownership can change depending on why you created the film. If you intend to use songs or artworks in your film, copyright likely protects these materials, and you should seek permission from the respective copyright owners. If you need help understanding trade marks our experienced trade mark lawyers can assist. Call us on 1300 657 423 or complete the form on this page.

How can I protect the idea for my film before I begin making it?

Copyright cannot protect an idea for a film alone, but other legal protections are available in the form of non-disclosure agreements (NDA). In the instance where you might have shared your idea with another person or creative partner, an NDA ensures that the other party does not copy or misuse your idea for a film.

Can I base my film on an idea from a novel?

If I enter my film into competitions or film festivals, do I lose my copyright to the film?

When entering a film into a competition or a film festival, organisers may require you to sign a condition of entry which might include transferring copyright to the organisers. You must be aware of the conditions of entry if you want to avoid losing the rights to your film.